How to Prevent Early Puberty in Girls

Puberty in girls is characterized by the development of breasts and pubic hair, and the onset of menstruation in girls. While it is a natural phenomena which cannot be avoided, but, puberty at an early age is not just physically but can be emotionally distressing too. But, you need not worry because it’s possible to delay the puberty in girls.

So, if you are wondering how to prevent early puberty in girls, then there are many natural ways which help in delaying the onset of puberty in girls and let them become emotionally and physically prepared for it.

There are a plethora of natural and effective puberty delaying methods, which are completely side effect free. In fact, the best natural ways of delaying puberty emphasize on maintaining a healthy lifestyle and thus, they not just help in preventing early puberty but also decrease the risk of many other ailments too.

Puberty used to begin at the age of around 16 about 100 years ago, but, with the passage of time, this age is gradually decreasing. One of the biggest factors to be blamed for it is the unhealthy lifestyle, improper eating habits, and the environmental pollution, which induces a lot of harmful elements in our body.

Several studies worldwide have confirmed the fact that the age of onset of puberty is continuously decreasing and it’s a matter of concern. Early puberty is often associated with numerous physical and behavioral health risks, and that’s why, it’s vital that puberty should begin at the right age, that is between 14 – 16 years. Consequently, it is important that parents encourage their daughters to adopt the natural ways to prevent early puberty.

Puberty is one of the phases of life when girls start experiencing many physical changes in their body. Basically, puberty is the way of nature for transforming a child into an adult and preparing them for reproduction.

The biggest factor responsible for initiating the puberty in the girls is estrogen, which is also known as the female hormone. It triggers all the physical and emotional changes in the body.

The major changes experienced by girls during puberty is the increase in their height and weight, beginning of the breast development, growth of pubic hair, a growth of hair on arms, legs, and underarms, and the beginning of menstruation etc.

While the ideal age of puberty is between 13 – 16 years for girls, but, these days many girls are experiencing it much earlier. The major reasons behind the early onset of puberty.

Estrogen is responsible for triggering puberty and thus, it’s important to control the body weight and fat in the girls.

While it seems weird that how children in their teenage years can get stressed, but, there are many psychological and social factors which induce it.

Childhood trauma, child abuse or poor familial relationships are responsible for childhood stress and this stress may lead to many issues like early onset of puberty, overeating, and low self-esteem.

Today, we don’t get pure and natural things to eat. Most of the crops and dairy products are affected by synthetic chemicals and industrial pollutants.

In fact, in one research it has been concluded that approximately 232 synthetic chemicals have been found in the umbilical cord blood of the infants, which implies that children get exposed to chemicals even before they take birth.

The early puberty in girls is not considered a healthy sign, and it is believed that the girls who experience puberty in the early years of their life get exposed to significant health risks.

The risks associated with early puberty have been classified into two categories:

The physical risks include the possibility of ovarian and breast cancer, cardiovascular problems, high possibility of diabetes and obesity. Obesity is also one of the causes of early puberty, and it is considered as one of the major side effects of the before-time onset of puberty. Obesity itself is a big health risk and it increases the chances of developing many ailments.

The behavioral risks include low self-esteem, substance abuse, depression and eating disorders. Also, many girls due to early onset of puberty lose their confidence.

As early puberty is associated with an array of health and behavioral risks, it’s important to prevent and delay it by as much time as possible. Here are some of the top ways to delay puberty and save the girls from various health issues and ailments.

Consuming fiber offers two benefits to the young girls. First, it helps in avoiding fat accumulation and obesity, and secondly, it also significantly aids in delaying the puberty.

The best way to increase your fiber intake is by enhancing the consumption of fruits, raw vegetables as salads and whole grains. All of these are rich in fiber.

But, try to avoid the pesticides as they contain synthetic chemicals which can wreak havoc in the body. Thus, try to purchase the organic material wherever possible.

A good way to shop safe and organic food products is by purchasing from the farmer’s market. Most of the things sold there are fresh and local. Also, even if the products are not organic, one can be sure about the lesser use of pesticides because pesticides are used heavily in the commercial farming.

The canned and processed food is not only unhealthy but also have high amounts of sugar and preservatives (chemical compounds) which can affect the time of puberty in girls.

The processed and canned food have a plethora of non-food components and artificial substances that affect the hormonal balance in humans.

Many livestock farmers use the antibiotics to accelerate the maturation of the livestock and making them fat.

These antibiotics, which reach us through the meat are quite harmful to the body and are also known to affect the pubertal timing in the humans. Girls may experience early puberty due to these.

Also, antibiotics are becoming more of a danger for humans instead of medicines. Undoubtedly, the antibiotics help in treating many infections, but, at the same time, our body’s resistance towards antibiotics is also increasing which is a matter of concern.

One of the major reasons behind the childhood obesity is the high sugar intake. The sugar is not only rich in calories but can also cause spikes in the levels of insulin.

The insulin spikes due to high sugar consumption results in higher production and concentrations of the sex hormone that induces puberty and early menstruation on the girls.

Many studies have concluded that the excessive consumption of the sugary drinks and colas can lead to early puberty.

Adequate, uninterrupted and sound sleep is very important for children in the early years, and especially for girls.

Melatonin is known as the sleep hormone and if it’s secreted in the apt quantity, then, it helps in getting the sound sleep, but, any disruption in the melatonin production can badly affect the sleep cycle.

While there are uncountable benefits of physical exercises, but, one of these is the delay in puberty.

8. Avoid Chemicals From Entering the Body

The chemicals can enter our body either from our food or from our skin. This implies, eating the food items with chemical compounds can lead these harmful chemical substances in our body.

Chemicals are present in high amounts in the preservatives in the food, and in the pesticides sprayed on the fruits or vegetables. Thus, try to avoid eating processed foods, packaged food items and whenever possible, buy organic.

Chemicals may also enter your body in many other ways like from fragrance or perfume containing soaps, toothbrushes, face washes, body washes, perfumes, deodorants, etc. Most of the chemicals based personal care products contain the substances which act as endocrine disruptors. So, wherever possible, choose organic skin care and personal care products.

9. Keep A Check On The Indoor Air Quality

Natural air the best for maintaining health and a perfect hormonal balance in the body.

The ACs and heaters may affect the hormonal balance and can induce early puberty. In order to avoid it, try to open windows more often, change heating and AC filter every 3 – 5 months, clean the heating or AC ducts twice a year and get your AC serviced 2 – 3 times a year.

Unknowingly, we consume a lot of plastic which is comprised of chemicals can affect our health and hormonal balance.

In fact, storing food in the plastic containers and beverages in plastic bottles, particularly the ones which contain polycarbonate or PVC can affect the body. So, wherever possible, use glass or stainless steel containers and water bottles.

11. Limit The Use Of Chemicals Enriched Sunscreens

The damage caused by sun rays to the skin is being used as a marketing tool by the companies which manufacture sunscreens, and the biggest irony is that the sunscreens which are manufactured for protecting the skin, actually do more harm to it.

The chemicals and preservatives used in the sunscreens are among the major contributing factors when it comes to the early occurrence of puberty in girls.

So, use organic sunscreen products which are free from any harmful chemicals and wherever possible, cover your skin to protect it from the sun to limit the use of sunscreens.

12. Provide Your Kids A Supportive and Loving Family Environment

So, try to give a loving and supportive family environment to your kids where they are not physically abused or beaten, and where they feel free to share their problems with the parents. If the kids trust the parents and share the hassles they are facing, the emotional stress in the kids can be reduced considerably.

Lucidly, if girls maintain a healthy lifestyle and eat a balanced diet, then they don’t need to worry about the early or before-age onset of puberty. The above mentioned safe ways to delay puberty in girls must be adopted and implemented in the lifestyle of girls to save them from the physical and behavioral problems which can potentially be caused by the early onset of puberty.

So, encourage your daughters and teenage girls to develop healthy habits and focus on weight management!!!

How To Stop Hair fall And Dandruff

Home Remedies For Cold And Cough 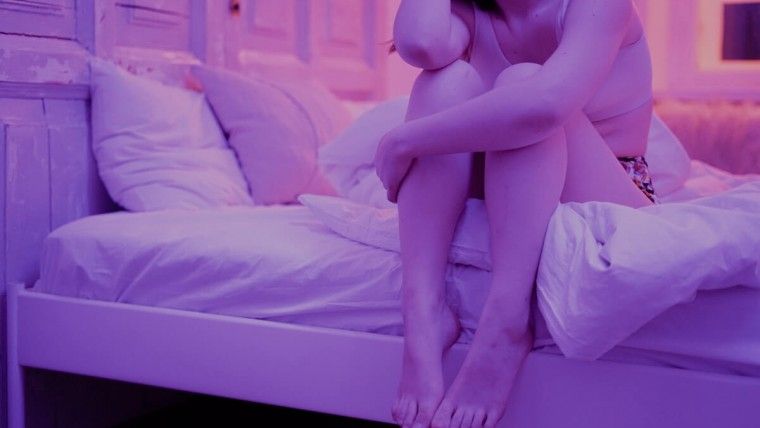 How to Beat Insomnia

10 min read 4 January 2022
We use cookies on our website to give you the most relevant experience by remembering your preferences and repeat visits. By clicking “Accept”, you consent to the use of ALL the cookies.
Cookie settingsACCEPT
Manage consent